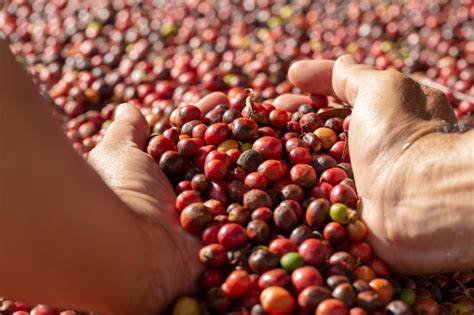 Fighting has resumed along the Southern border of Tigray region. Additionally the Tigray authorities reported that government aircraft bombed a hospital in Mekele in Tigray region. It is a very sad state of affair after so much hope that the conflict was close to a peaceful resolution. The worsening of the conflict in the context of drought and lack of food in the region is of particular concern.

For an in depth read of the current situation and how we arrived at the resumption of hostilities pls follow the link: https://www.bbc.com/news/world-africa-62717070

This week also saw the docking in Djibouti of the first vessel to have sailed from Ukraine with wheat since the conflict there started in February. The UN Food Programme that bought the grain will be distributing the food to several destinations in the horn of Africa that are currently suffering from drought and on the brink of famine.

Returning to coffee, trading this week was more subdued as the terminal market in NY stalled. Arrivals from upcountry are not in large volumes so shippers are not under great pressure to sell, indeed some shippers are still struggling to find coffee to fulfil previously made commitments. Logistics are difficult but no worse, we are grateful for that!

Small quantities of cherry have started to be picked in the lowlands of Benchi Maji and Bebeka; in Teppi region we expect the harvest to start in 2 weeks time. Initial reports are that the crop in these 3 areas is expected larger than the 2021 crop. Other regions are also showing encouraging signs regarding the size of the crop, such as Limu, however the harvest there is not expected to start until mid-October.

The value of total exports from Ethiopia (Coffee and goods and services) July 2021 to June 2022 was a record USD 4.1 Billion, USD 0.5 B more than the same period the previous 12 months (July 20 to June 21). The country that bought more of these exports than any other is Switzerland, no surprise considering the number of coffee traders based in Switzerland!